Not many people give back to their alma mater as generously as L. Robert Payne has. The successful SDSU alumnus built his career in real estate and development and now has been able to impact the campus through his philanthropy. The L. Robert Payne Lecture series has brought a dynamic range of entrepreneurs and guest speakers to help inspire the next generation of Aztecs. From Tony Hawk to Ralph Rubio, the lecture series’ high profile guests provide impactful experiences and sage advice, helping build an entrepreneurial community around SDSU.

Thom McElroy, Co-Founder of Volcom to Speak at SDSU 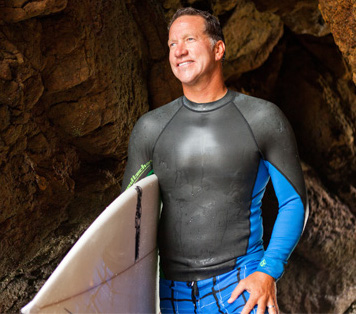 Thom McElroy grew up in Orange County, skating, surfing and wondering what he would do with his life. He struggled to find his purpose at SDSU, switched his major and launched his career in graphic design. He eventually created his own successful marketing agency, then went on to co-found Volcom. Join us on February 24th, 2021 at 7pm, in conjunction with the Entrepreneur Society club, as we present Thom McElroy whose talk will be on "How to find your purpose."  Afterwards Thom will take questions from students. Join us.

Outstanding entrepreneurs who have spoken in this series: