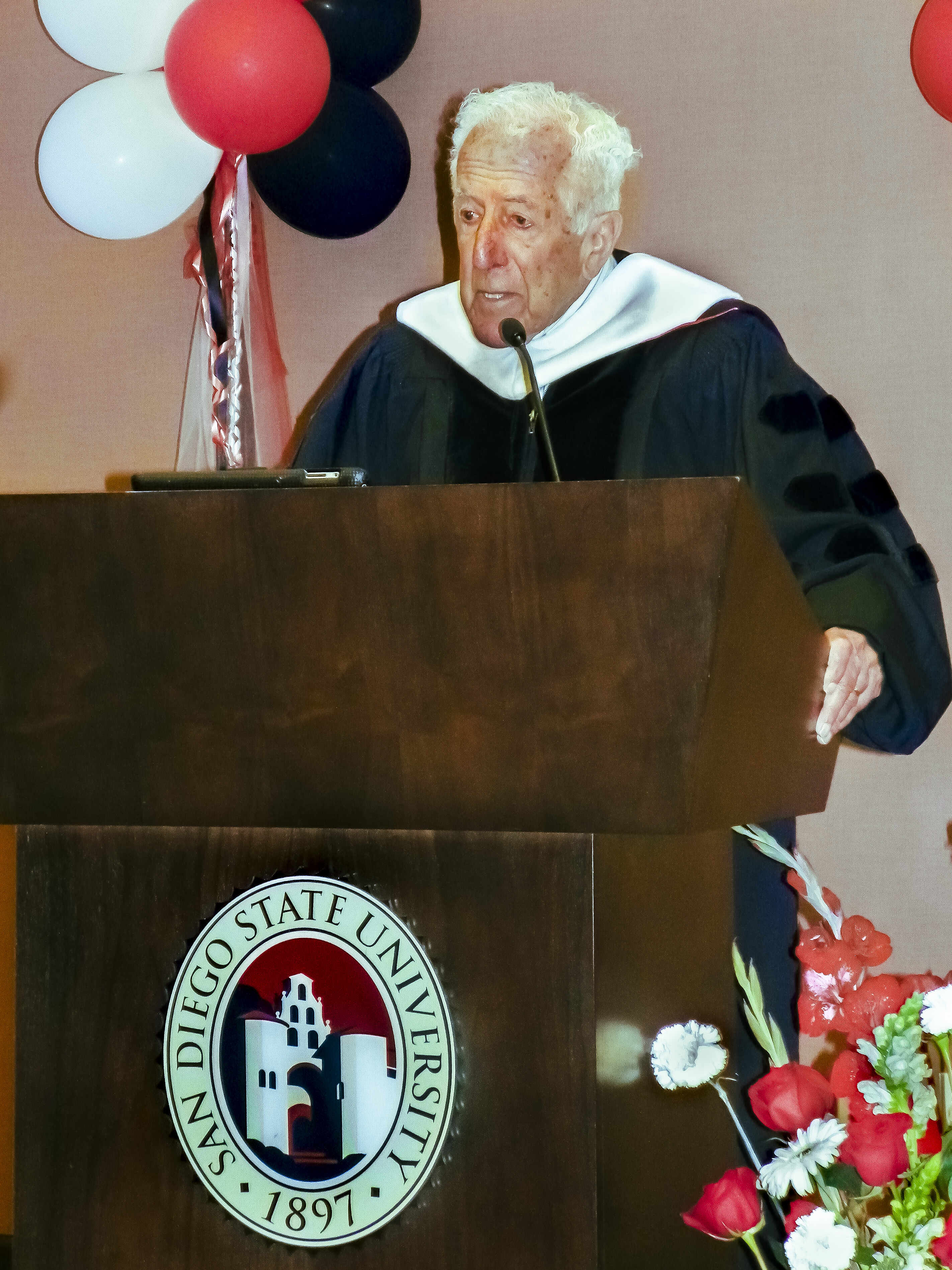 Leonard Lavin’s life was a testament to the resilience of the American dream. A staunch supporter of San Diego State University, Lavin invested time and treasure to create the university’s Lavin Entrepreneur Program and VentureStart Competition. In 2012, he made a significant gift to endow the Lavin Entrepreneurship Center.

Leonard Lavin’s vision, generosity and personal involvement as guest lecturer and student mentor strengthened our nationally ranked entrepreneurship programs and our entrepreneurial spirit. Leonard leaves a lasting legacy at SDSU through what he liked to call ‘a blueprint for a new generation of entrepreneurs’—the Lavin Entrepreneurship Center and our collaborative entrepreneurial efforts that stretch across the university.

Lavin was born in Chicago in 1919 and grew up during the Great Depression. He served in eight decisive battles of World War II with the U.S. Navy. At the age of 35, Lavin bought a regional beauty supply manufacturer and turned it into a market leader with a presence in more than 100 countries. Under his direction, the Alberto Culver Company became an international Fortune 1000 company—a manufacturing and marketing powerhouse that achieved annual sales of more than $3.5 billion. The company earned a reputation for innovation, both in new product development and in television advertising. Lavin is credited with developing television’s first 15- and 30-second commercials, despite network opposition. Today, they are the broadcast standard.

A frequent guest lecturer at SDSU, Lavin shared his knowledge and insight with hundreds of students. He opened his home and met with students regularly, providing feedback, encouragement and advice. His support fueled the spirit of entrepreneurship across campus and ultimately led to the creation of an entrepreneurship minor, which is open to students in all SDSU colleges. The university awarded him an honorary degree in 2012.

With the generous and visionary support by Leonard Lavin, SDSU’s entrepreneurship program has excelled, being consistently ranked in the top 20 by several national ranking organizations.